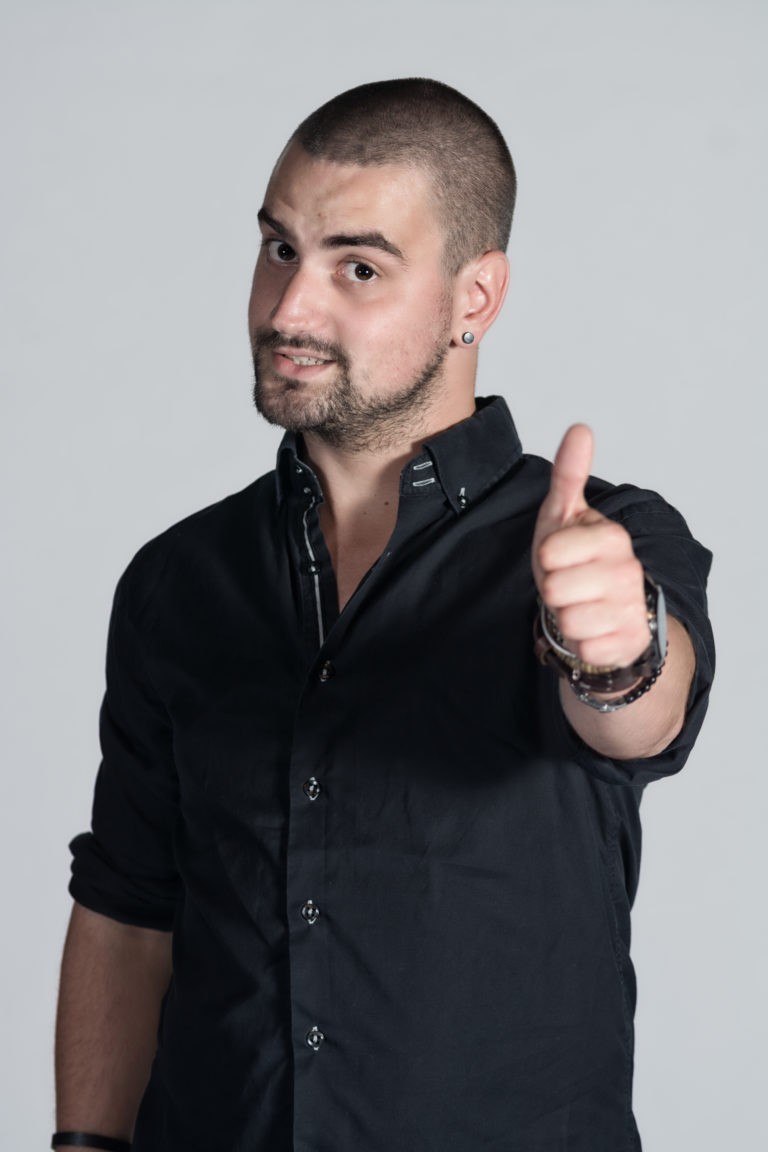 Motto: I once read a quote from which I only remember this: ”… make it enjoyable”. Since then I try to enjoy as much as possible the text, the context, the ideas and especially the people. I think that if you like people, you can turn enjoyment into performance.”

Buffoon, The Story of Good-Bad, after Alb-Negru by Ana Ripka-Rus, dramatization by Lorena Copil, directed by Cătălin Mardale, 2018

The Photographer, The Hunter, The Parrot, The Homeless Man, The Tourist, Docuanimal, directed by Olga Macrinici, mentor David Schwartz, 2016

Professional Experience in Other Locations