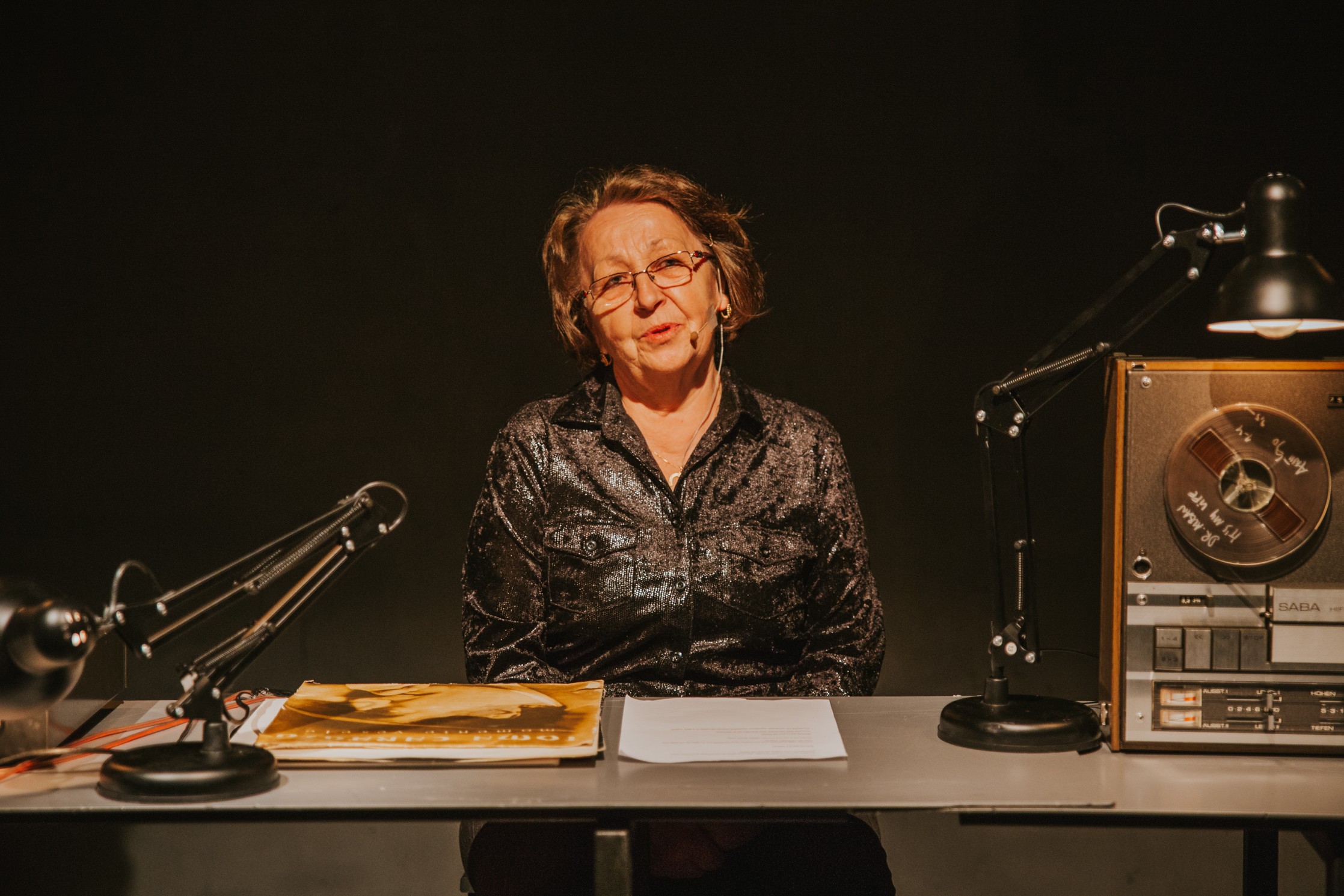 THE BALLADS OF MEMORY

Ionela Pop is 69 years old, she is retired, and she comes to the stage to tell her own story, as well as those of her friends and acquaintances.  Thus, an alternative history, that official discourse ignores, is reconstructed in front of us.

The performance brings to the forefront stories of Ionela’s generation, relating to work, social and personal life. From inside a society that increasingly neglects older people, we can hear the voices of people who live with the hope of a more united future.

The Ballads of Memory documents, archives and relates all these stories, following the way they were influenced by the tough years of transition after the 1989 Revolution and by capitalism.

Performance produced in the „100 years of Romania. Three Secondary Histories” project. Co-funded by The Administration of the National Cultural Fund.